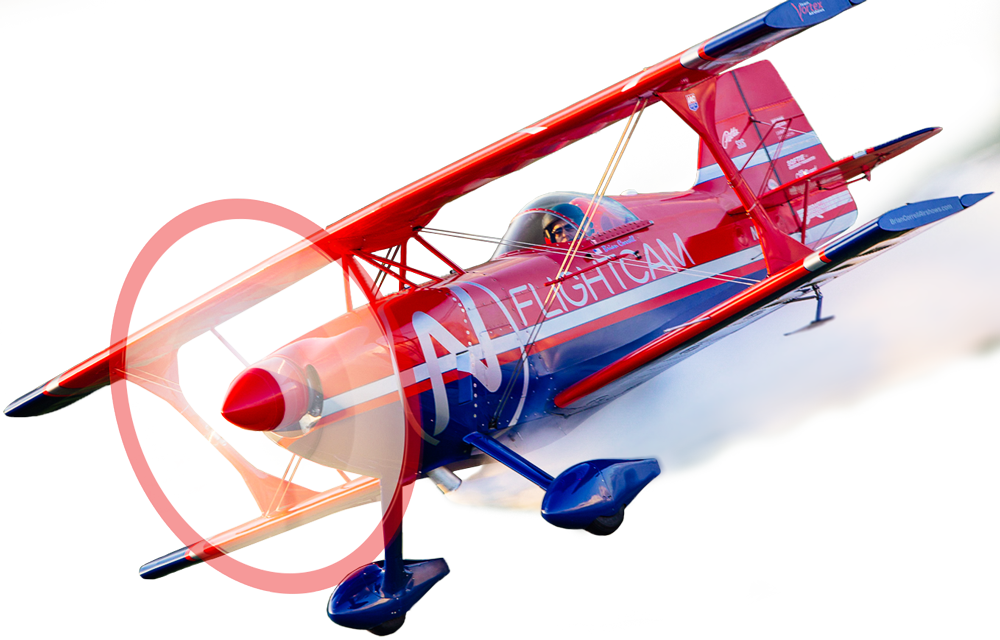 Since 2008 Brian Correll has been thrilling airshow audiences across the United States. Inspired by early Kansas aviation pioneers he hopes to bring his passion for aviation to Entertain, Educate and Inspire all generations. 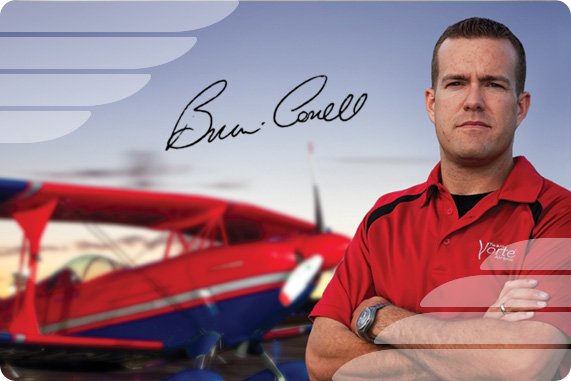 Unlike most airshow pilots, Brian Correll didn’t grow up around airplanes as a child. However, he’s more than made up for lost time in the air, accumulating over 9000 hours throughout his career in over 100 different models of aircraft ranging from Piper Cubs to Boeing jets. Brian’s first exposure to aviation was an invitation from friends to join them skydiving with the Kansas State University Parachute Club. His first ride in an airplane was to jump from it… and it wasn’t until 60 takeoffs later he experienced his first landing.  He went on to earn his USPA Skydiving Instructor rating along with his FAA Commercial and Flight Instructor certificates while attending Kansas State University where he majored in Mechanical Engineering. In 2003 he began competing in aerobatics in his first aircraft, a Bellanca Citabria. Later that year his girlfriend at the time (now wife) gave him a flight in a Pitts as a birthday gift and he was hooked.

In 2005 he attended Air Force Pilot Training finishing at the top of his class while cementing his love for aerobatics and passion for aviation. Currently Brian serves as an instructor pilot on the KC-46 for the Air Force Reserves having flown to numerous countries around the world including combat missions in the Middle East.

Inspired by Kansas aviation pioneers such as Harold Krier and Tex Johnston, Brian began flying airshows in 2008 and upgraded to his current aircraft in 2010. Brian and his wife Rachel live near Wichita Kansas in a community airpark with their two sons. He is a Production Test Pilot for Textron Aviation and an Instructor Pilot in the Air Force Reserves. 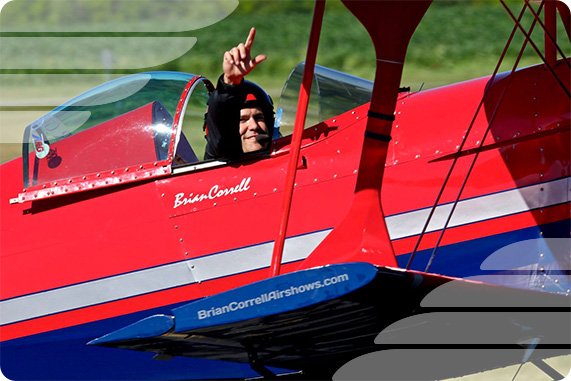 Biplanes have always captured the nostalgic spirit of aviation.

This is not your dad’s Pitts… The airshow aircraft piloted by Brian is a highly modified Pitts S2S, much different than the original aircraft that left the factory in 1979. Brian is a FAA Certified A&P Mechanic and has used those skills to modify and maintain his aircraft. The red and blue Pitts Biplane has been strengthened and modified making it capable of the extreme aerobatic routine that Brian puts his aircraft through. The use of lightweight materials throughout, enlarged control surfaces and increased power all add up to give the aircraft insane performance with nostalgic biplane style. 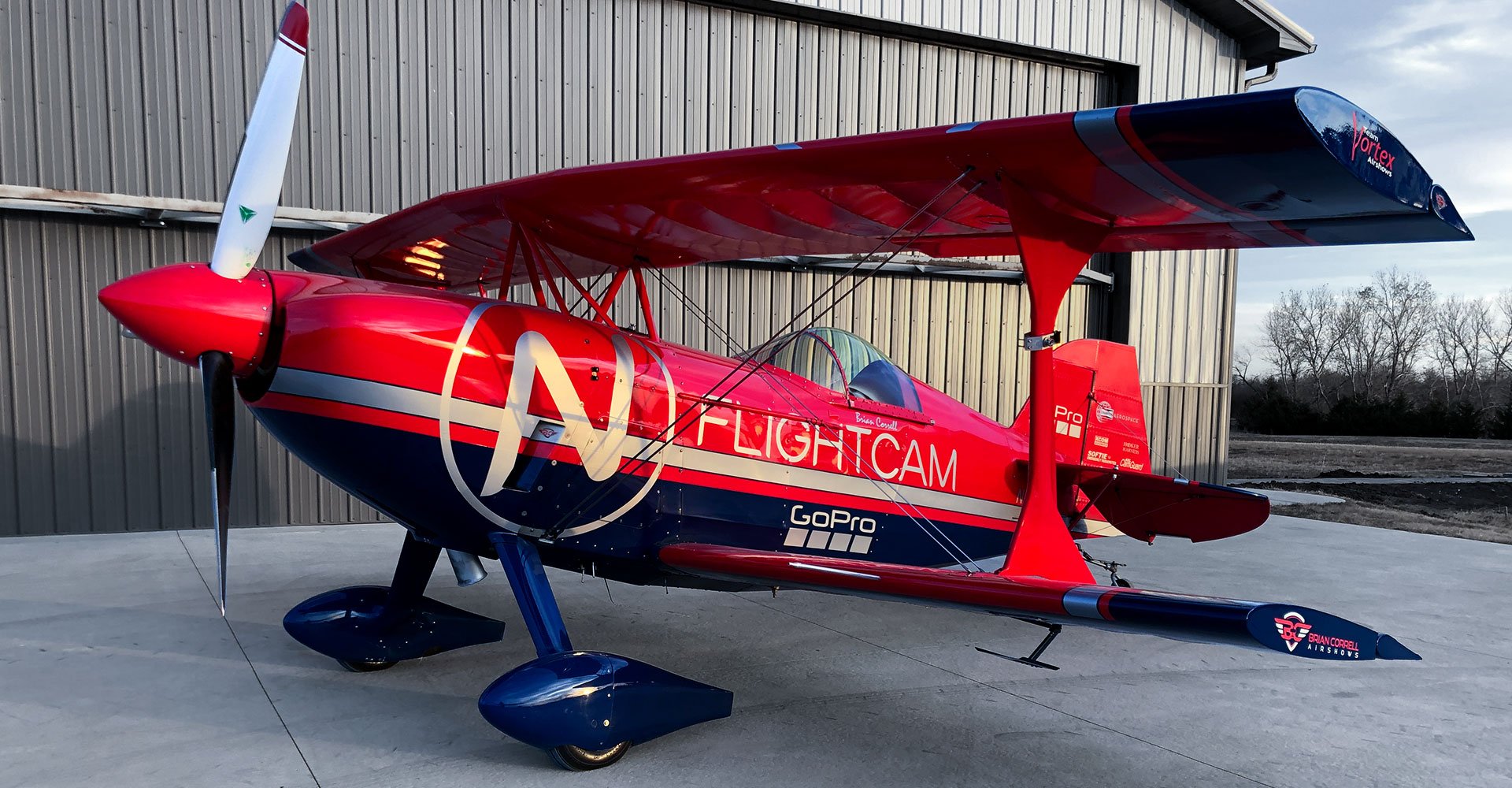 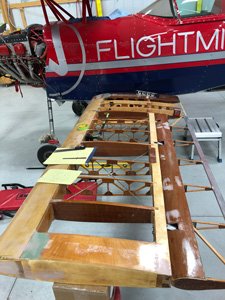 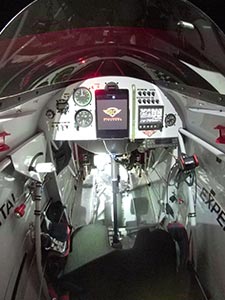 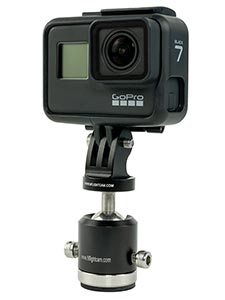 Contact Us for booking information at your next airshow!
Checkout our schedule. You can click to visit the event webpages for more information. Be sure to follow us on Facebook and Instagram to stay connected for the latest updates. We hope to see you at our next show!

Check back for more shows as they are confirmed! 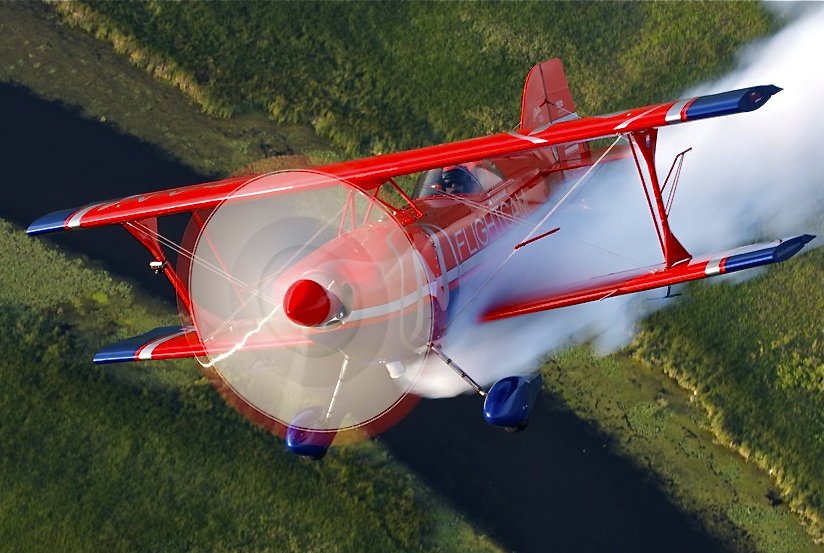 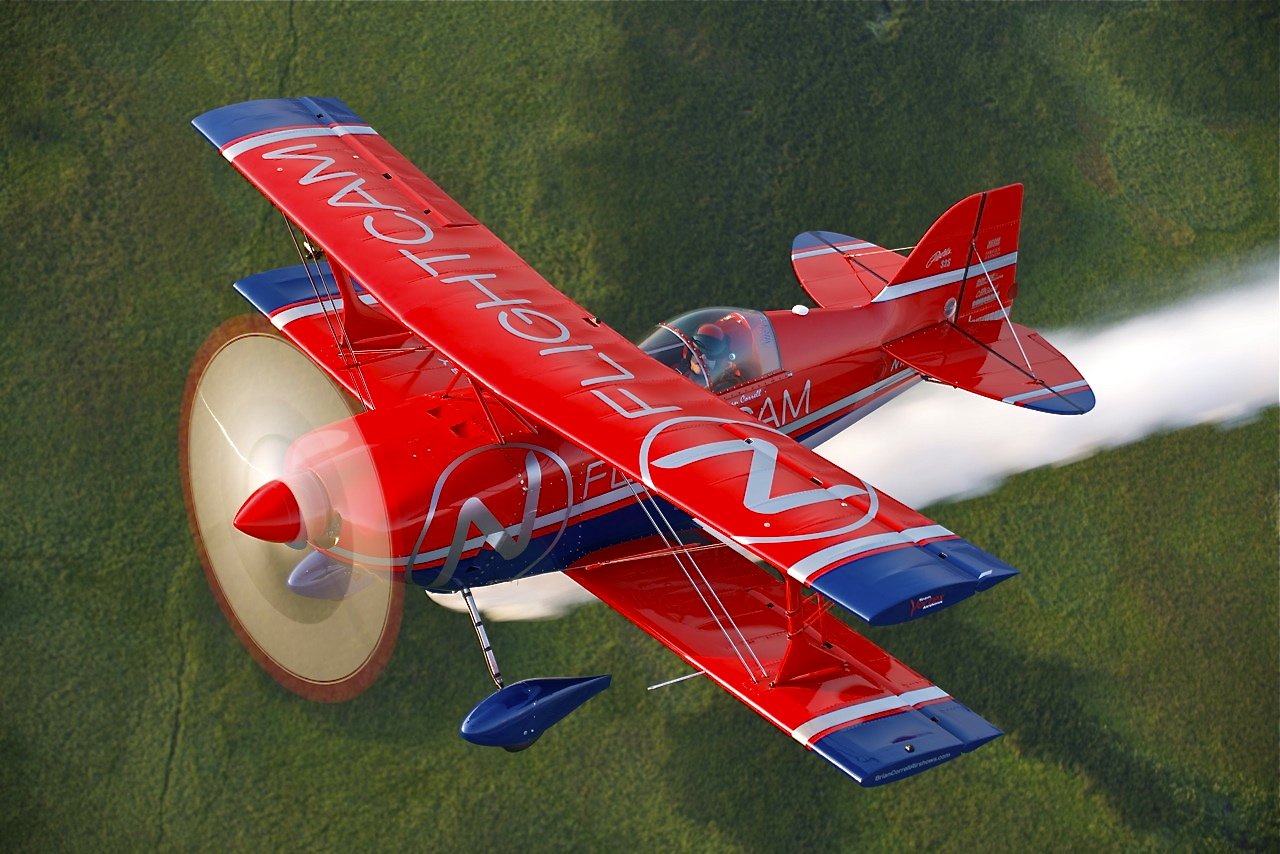 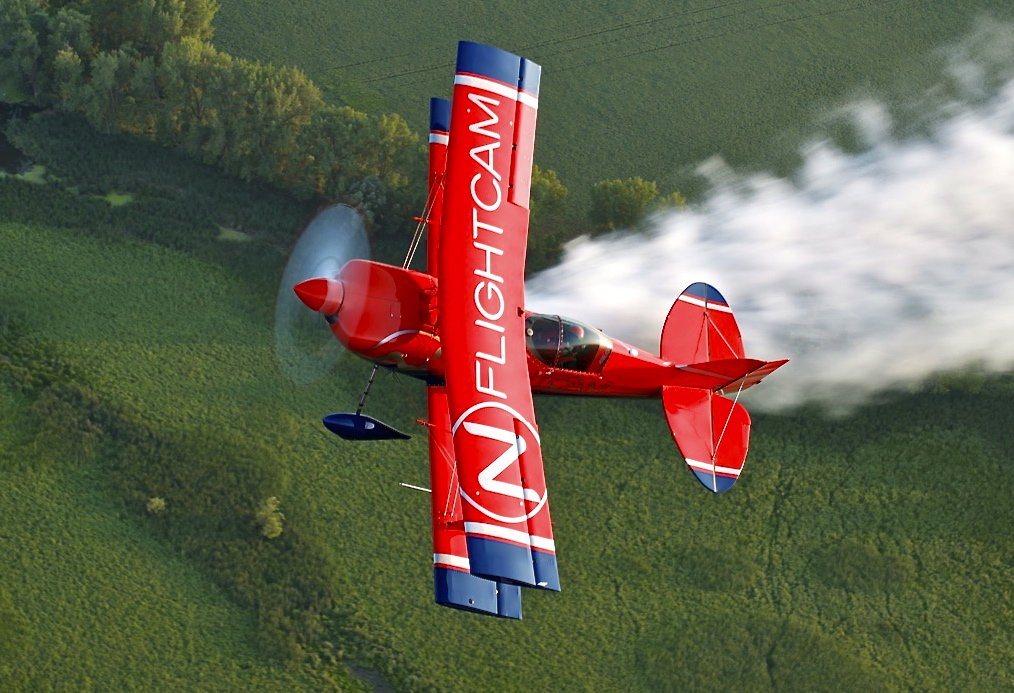 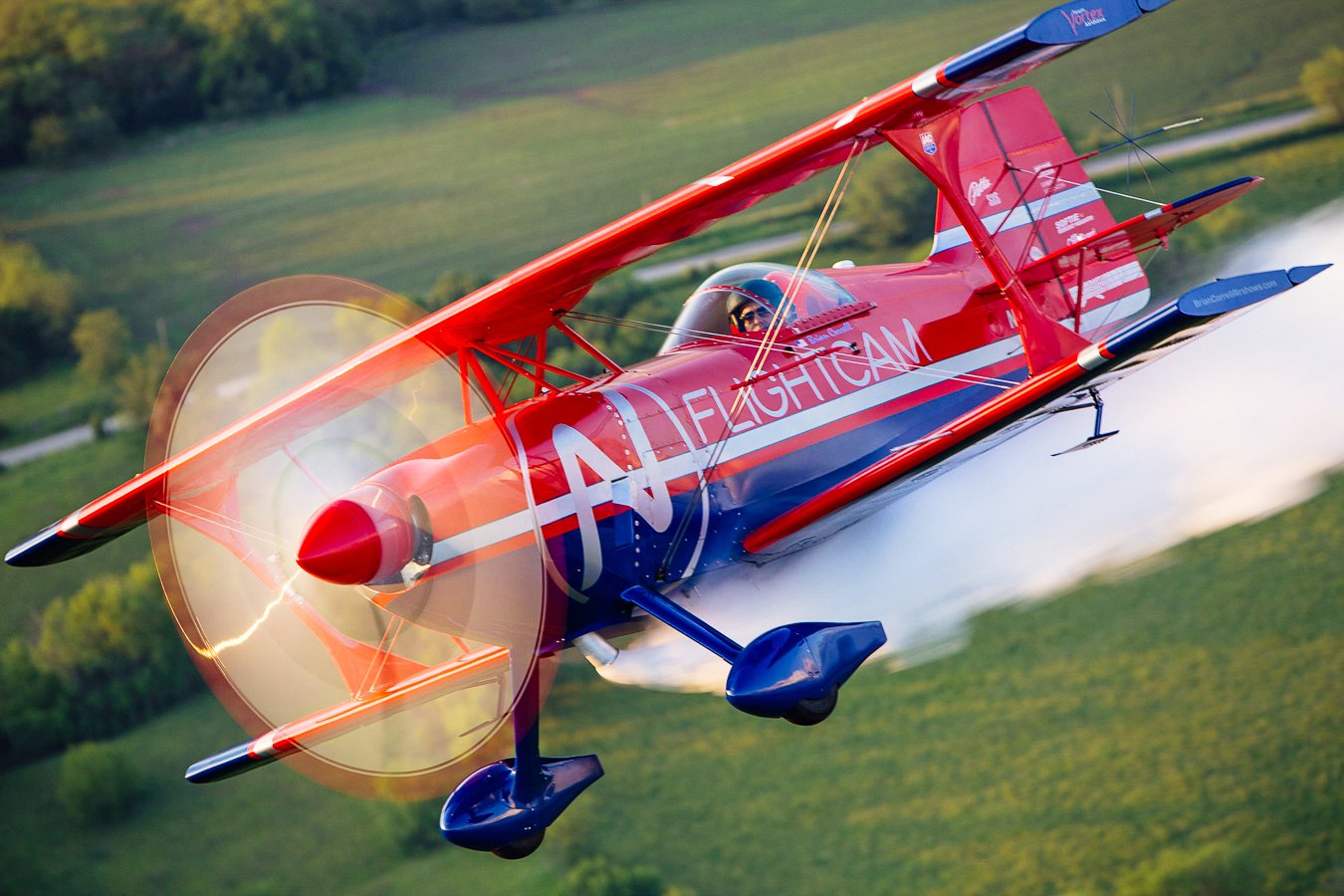 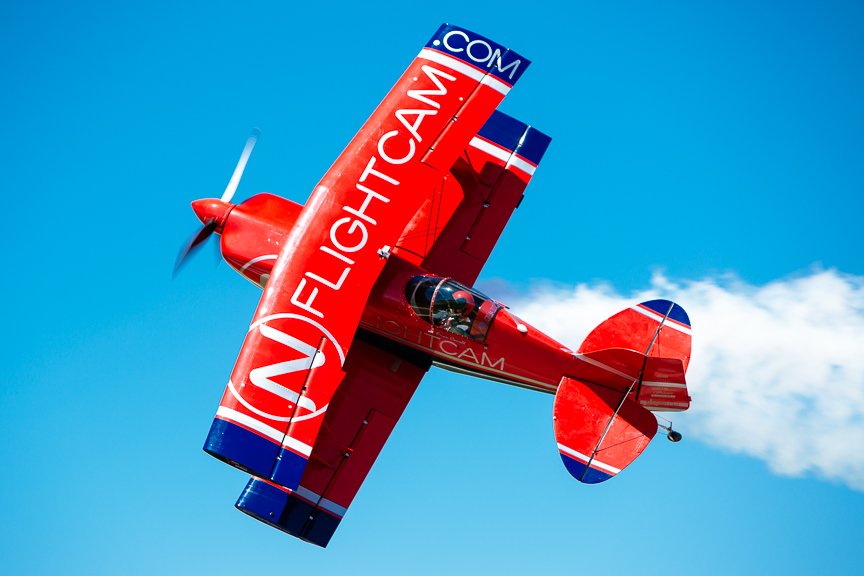 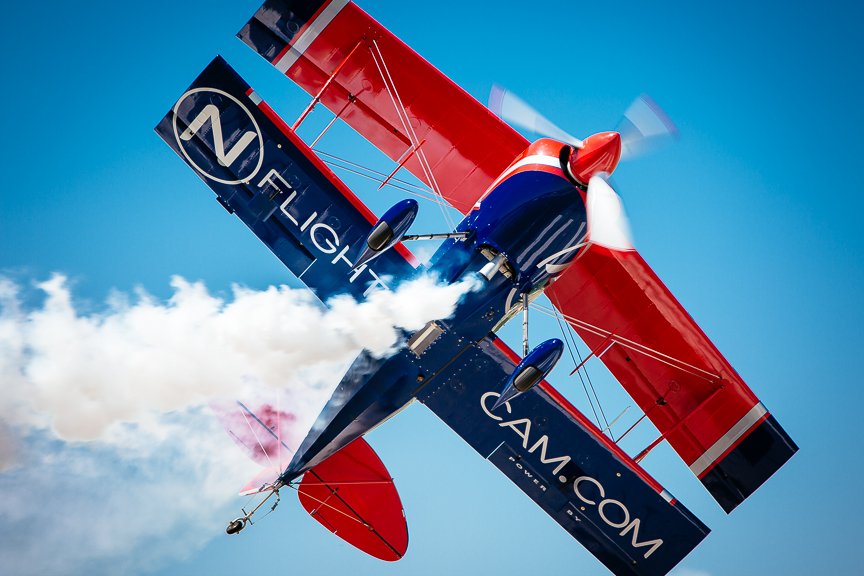 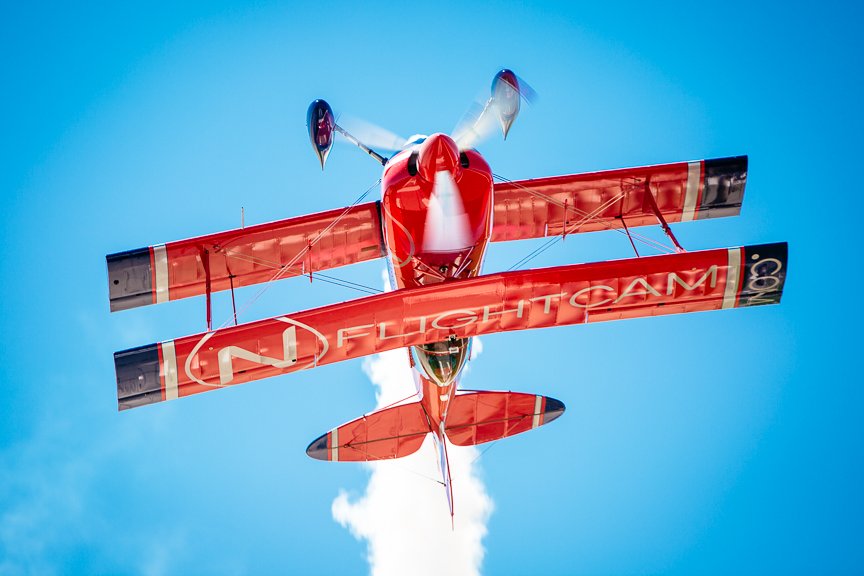 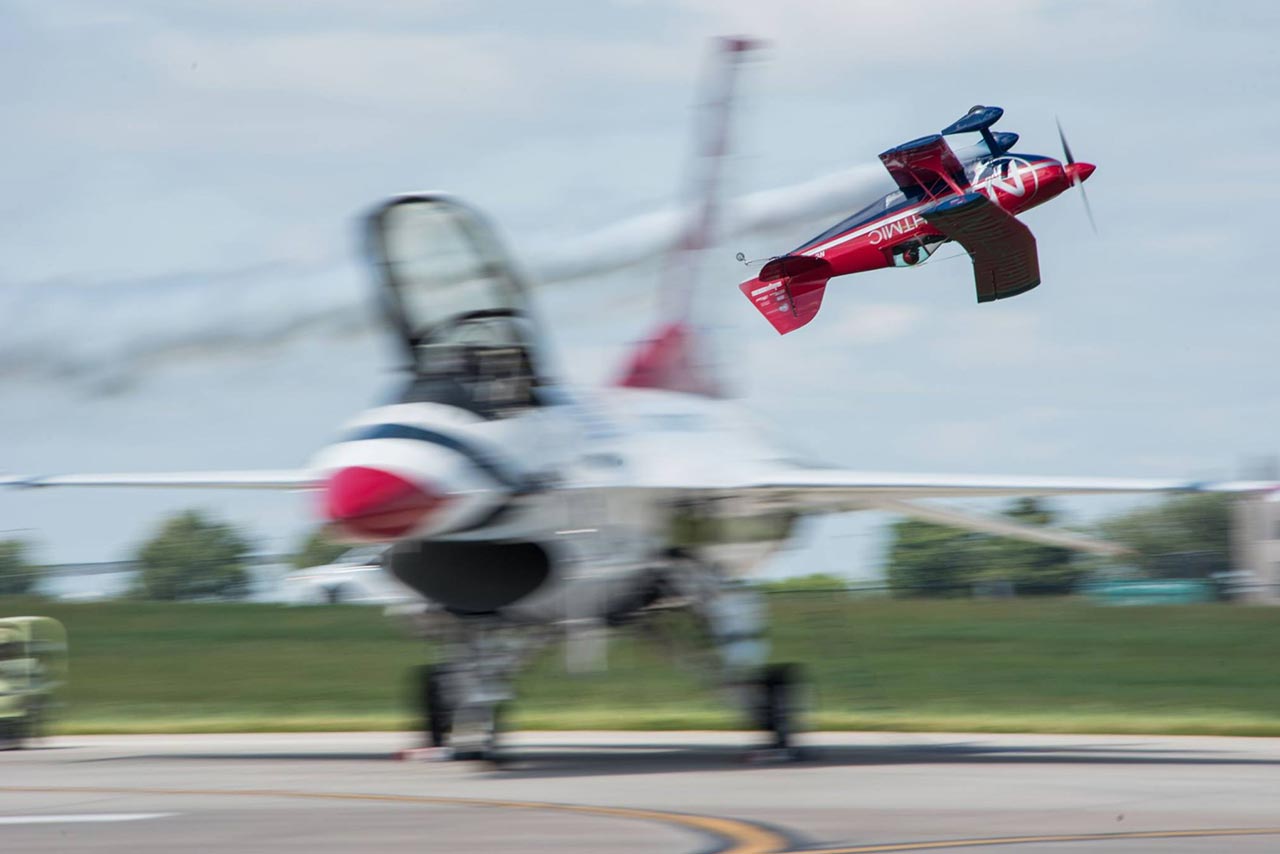 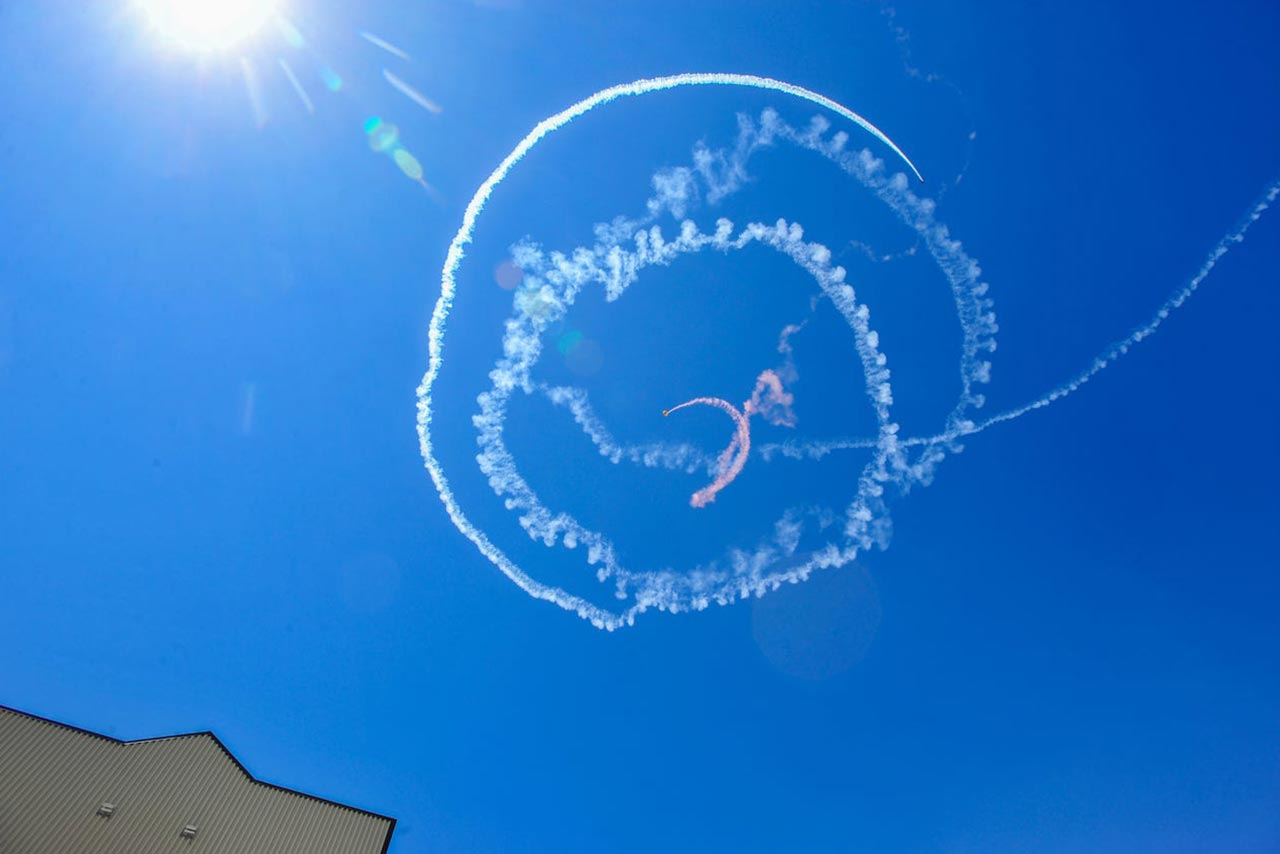 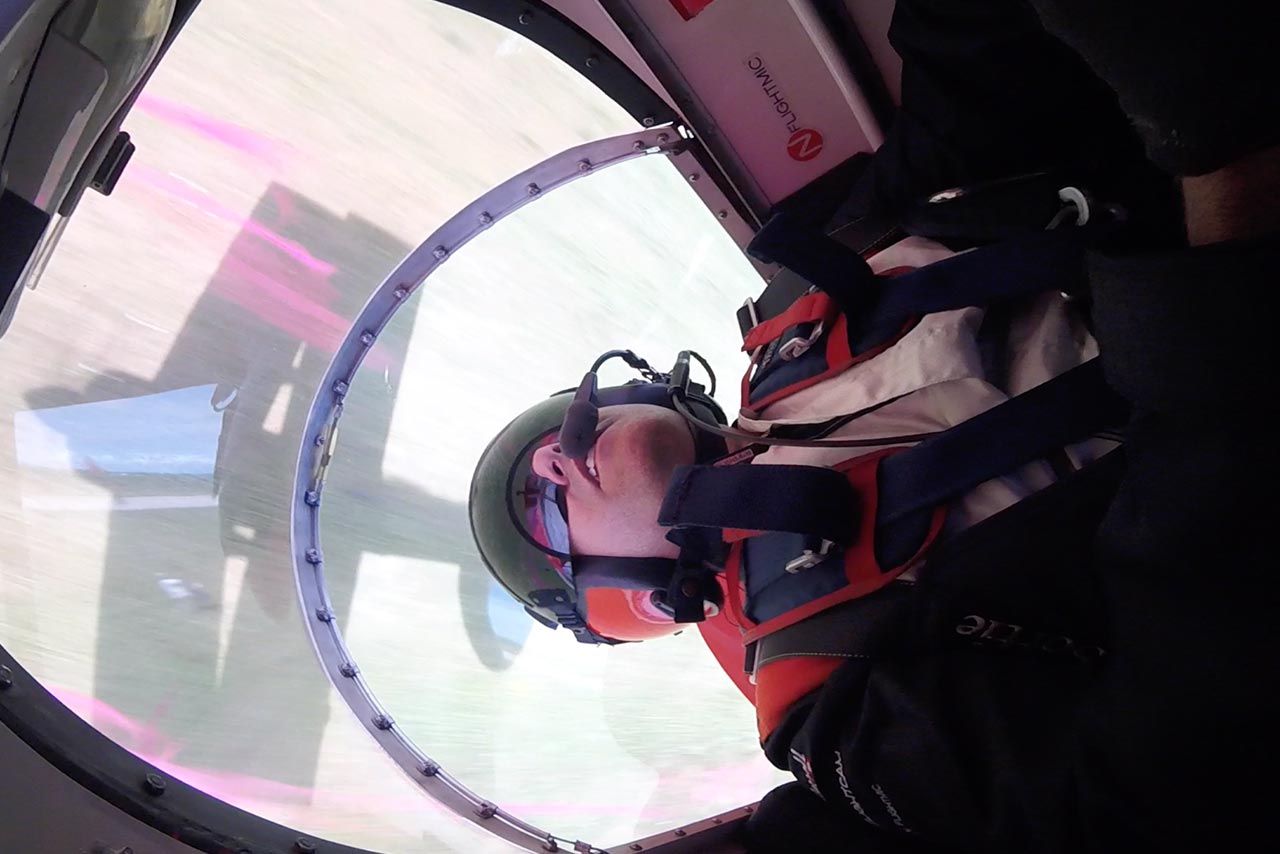 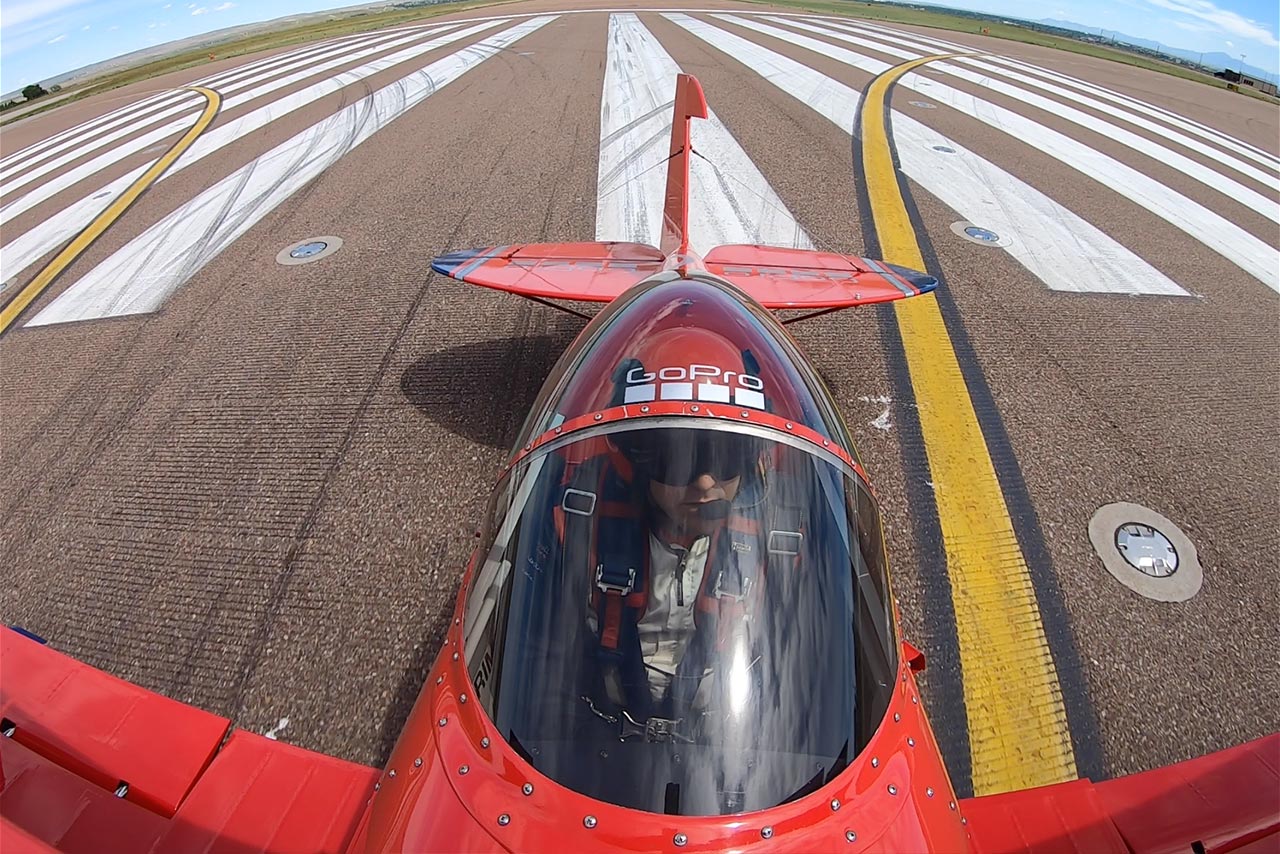 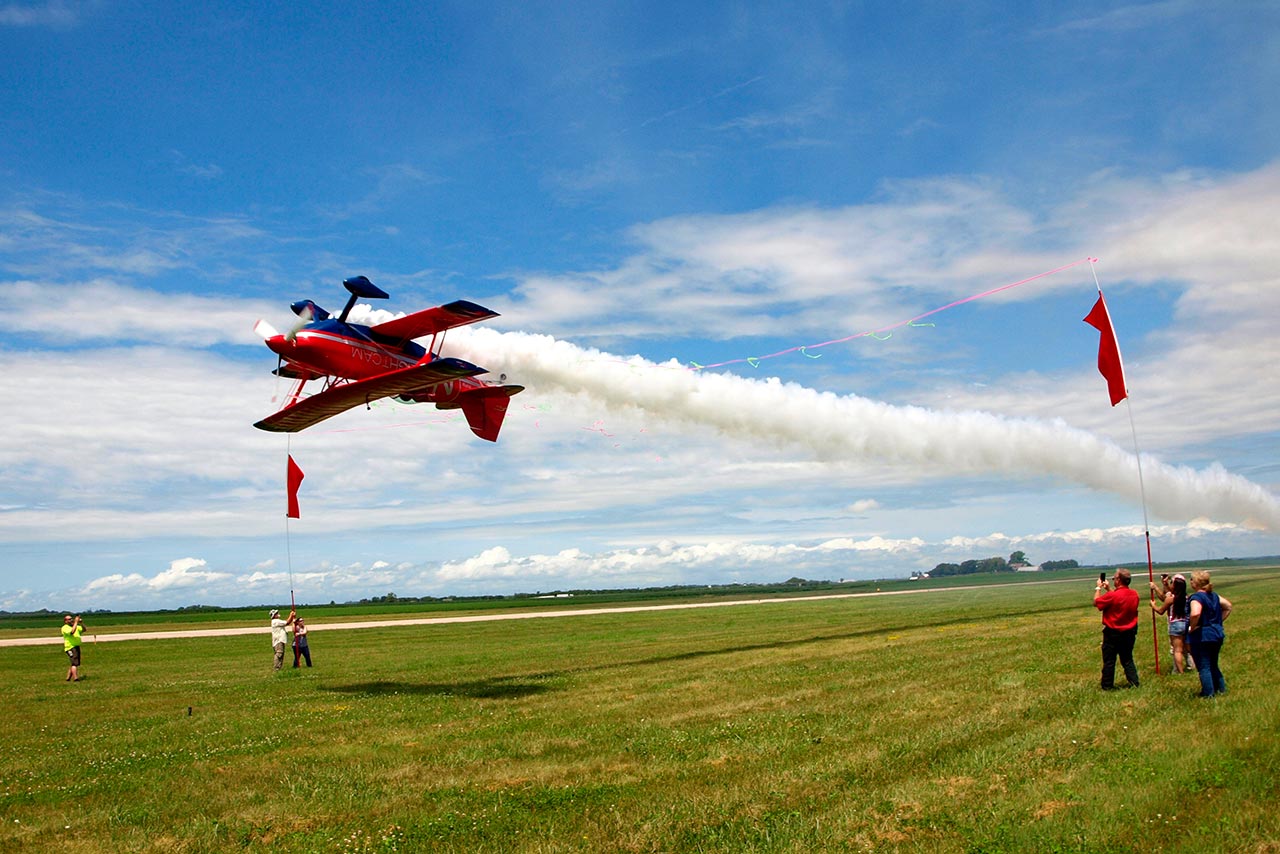 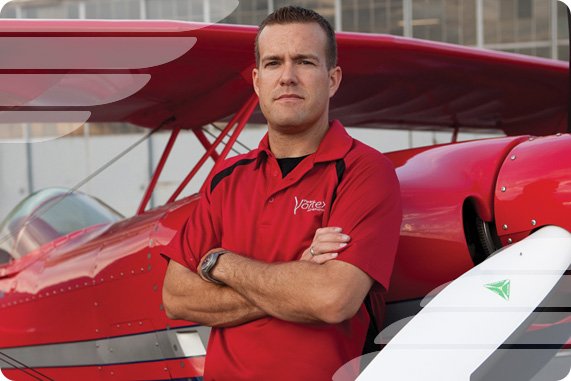